Firefox 57: get ready for a Quantum leap

Ever since Chrome dethroned Firefox from the most used Desktop browser, there haven’t been further developments in the matter. Chrome is still the king and Firefox has been stuck in a loop… until now. I don’t actually recall a single Firefox release since version 4 that got my enthusiasm, but things are bound to change. With a swift move, Mozilla is putting Firefox 57 back on the ride. “How?” you might ask. By beating Chrome in his very own field: speed, but that’s not all there is to it. Discover Quantum!

This huge Quantum boost is accomplished thanks to a mix of new technologies and components. Although not part of Quantum itself, Electrolysis, the name behind multi-core functionality, was the starting point for the soon to be “Quantum leap”. Electrolysis alone allowed better performance by leveraging multi-core processors, a given for today’s standards. Other major browsers had multi-core capabilities long since with Chrome’s multi-core support dating back to 2008. 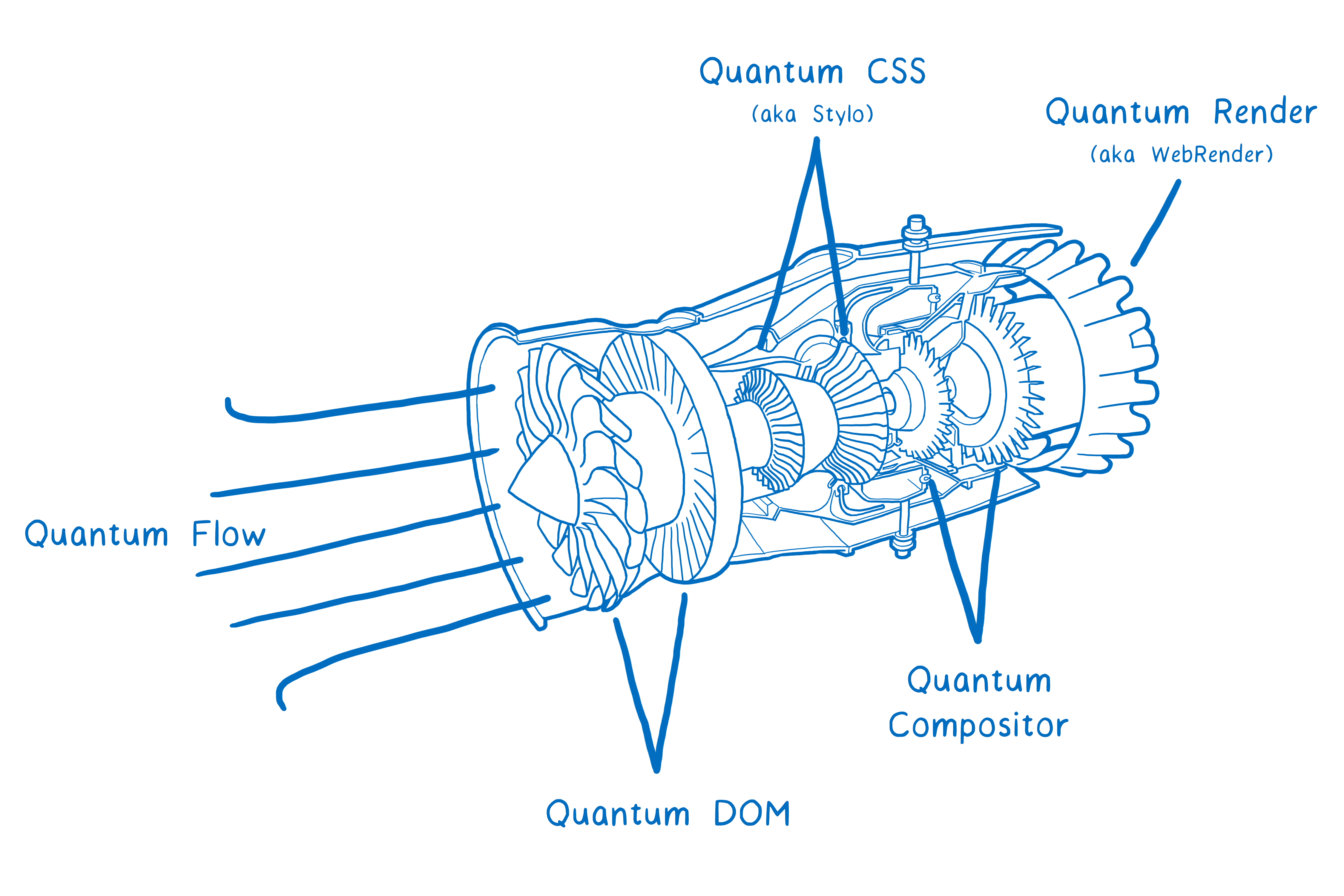 Firefox Quantum Engine: It really is an Engine!

One huge difference between Firefox 57 and earlier versions of Firefox is the Quantum CSS: Stylo. The new CSS engine written in Rust, a programming language by Mozilla, is blazing fast and allows one of the fundamental components of the modern Web to be parsed quickly and reliably. Another great difference is the Quantum Compositor moving to its own process, this makes Firefox overall more stable, and if a graphic driver crashes it won’t take the whole Firefox process down.

Firefox 57: Look at the world through a Photon (UI) 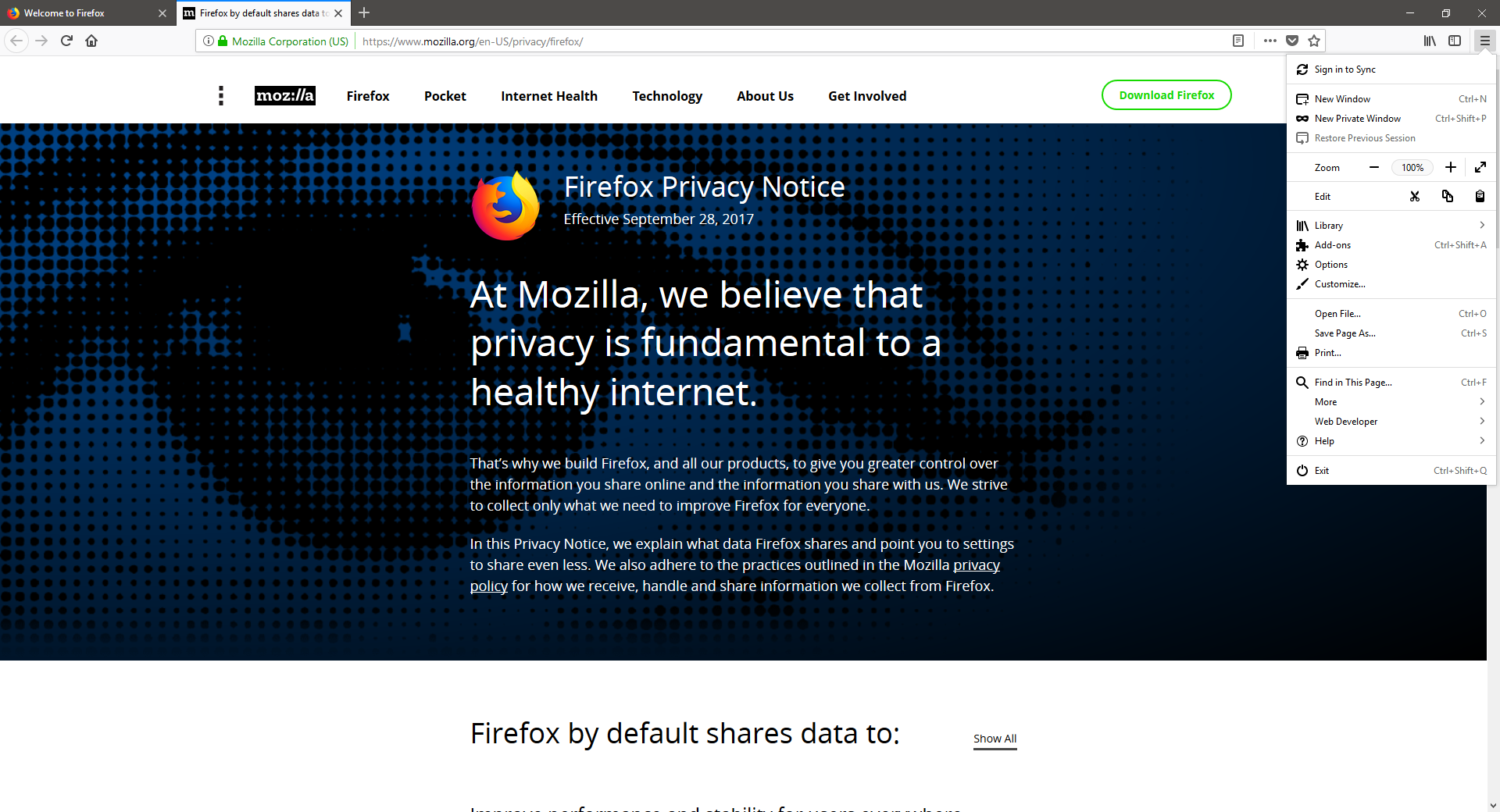 Another glaring new feature is Firefox 57 new interface: Photon UI. The Photon UI is sensibly different from the usual aspect Firefox had in the past ever since Version 40. The new Firefox Photon UI comes in three different themes (light, dark and default) and enables user to define density. This latest add allows a more compact view of the tabs, the navigation bar and all the near buttons. The density option also allows to enlarge the aforementioned objects for better handling Firefox on touch-enabled devices. 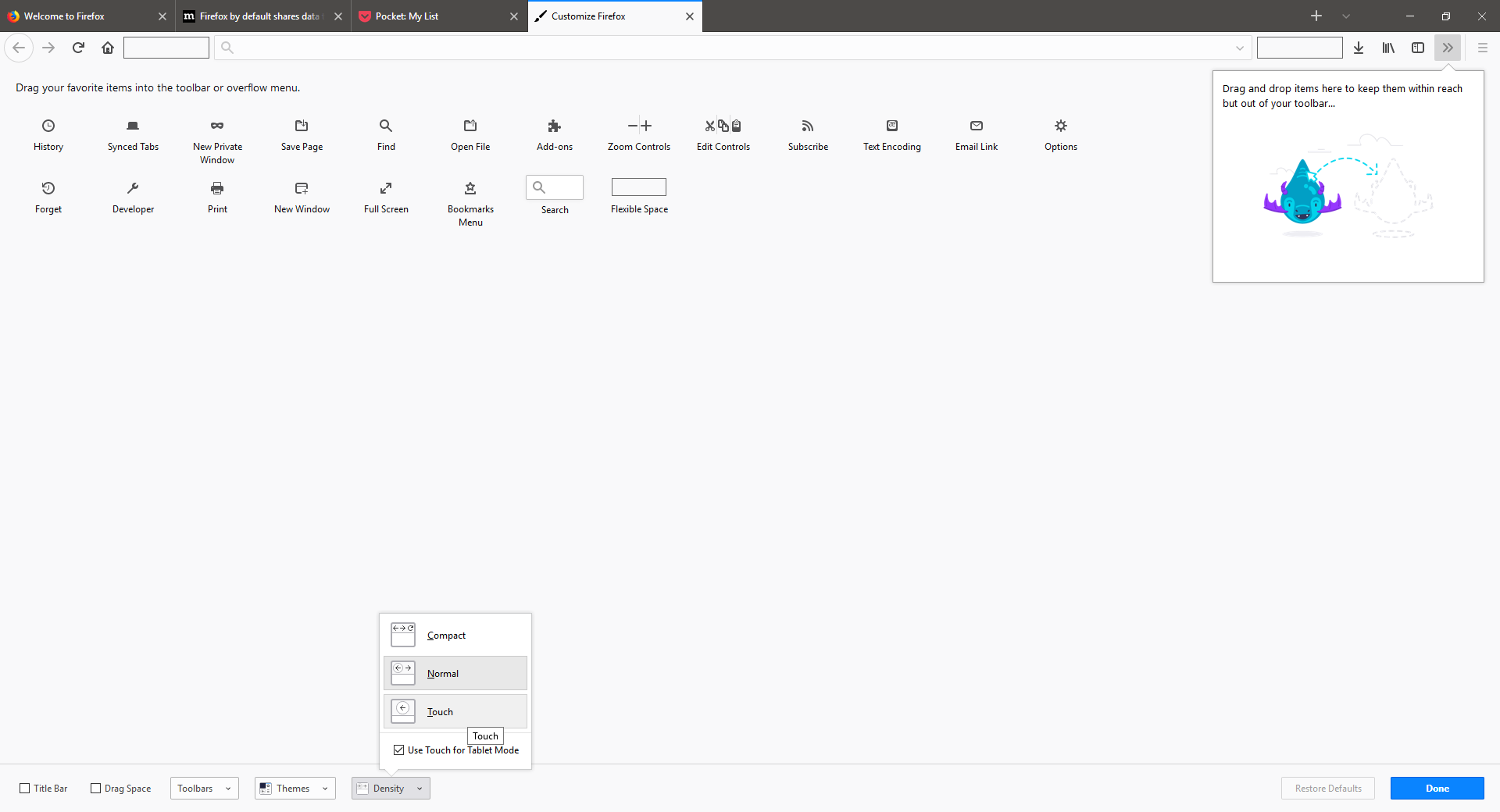 The new interface looks more polished and modern with a sleek and functional look. Indeed it is an entirely new approach and takes Firefox to the next level. In the screenshot you can take a look at what the touch density looks like on Windows 10.

Quantum Render: The best is yet to come 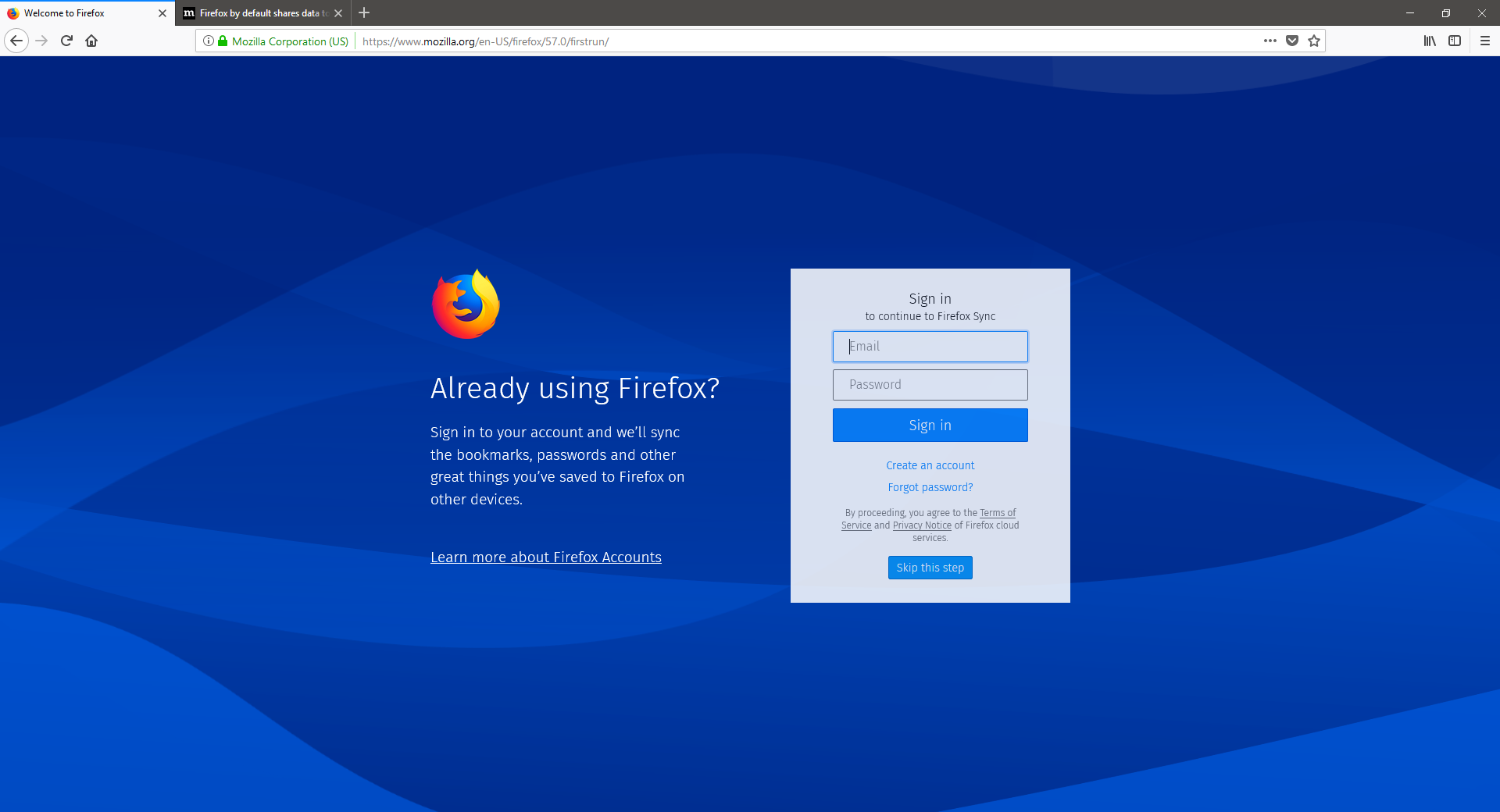 Although the new Firefox 57 with Quantum wonders and Photon looks good enough, Mozilla is not yet done with his revenge. One of the biggest changes in the whole Firefox history will be Quantum Render (or WebRender). This important change will take advantage of the GPU in order to parallelize works and ultimately render pages.

Dowser: I sense Quantum Flow in this Firefox!

All the major browser, except Firefox, have adopted to the WebExtension API, an API pushed by Chrome and compatible with all Chromium-based browsers. This enabled Firefox to have more powerful extensions compared to Web Extensions. Starting with Firefox 57 the red panda will support Web Extensions and deprecate legacy extensions, the latter will be automatically disabled. The change is permanent, and even though Mozilla won’t look back soon, for the time being you can still enable legacy extensions, but they will eventually be completely dropped. This has created quite a lot of complaints among users of the Firefox community.

Is that a Pocket? 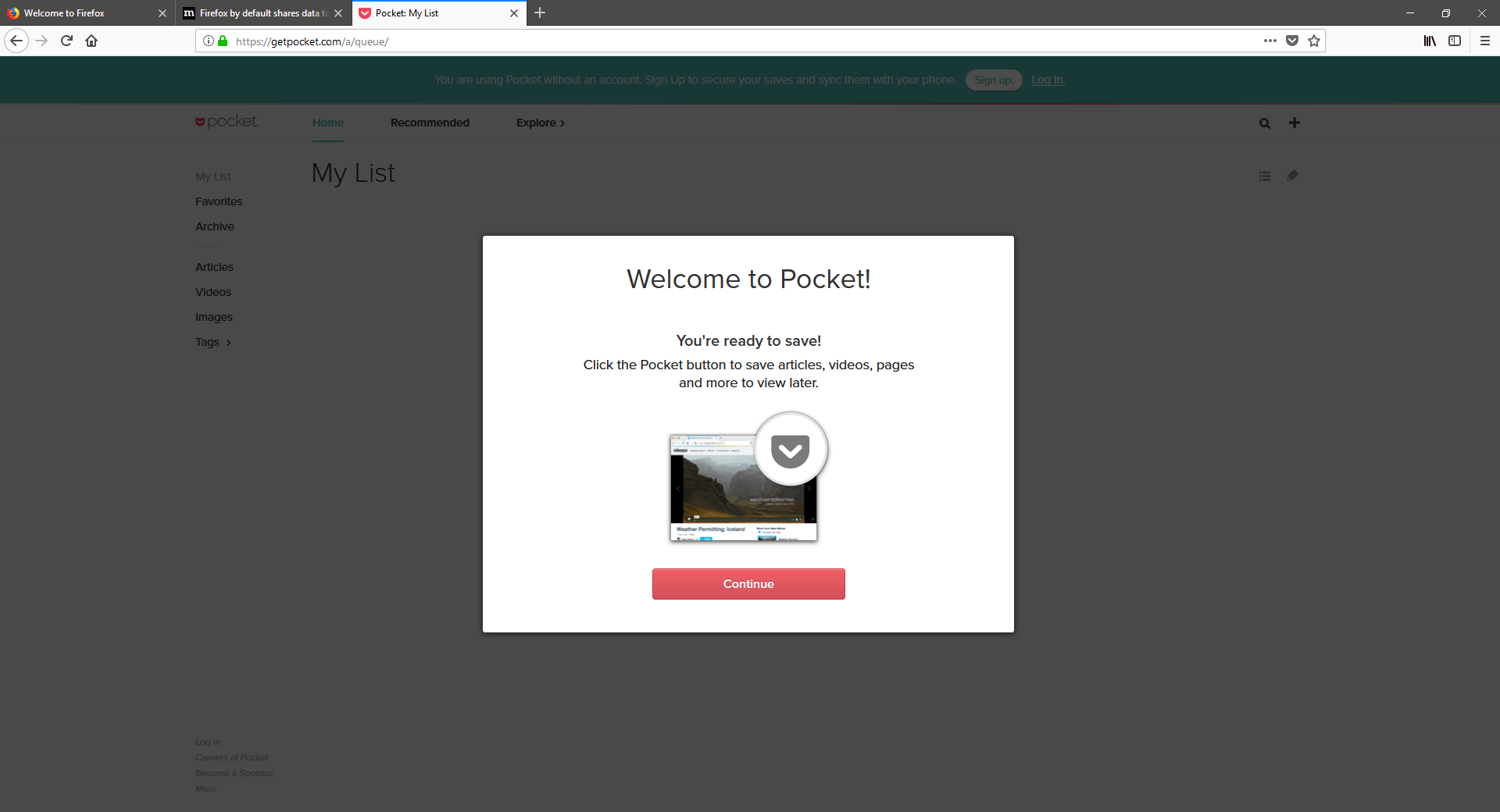 Yes, but it’s a special Pocket. You might have heard of Pocket, the popular “read-it-later” application available for many browsers/platforms. Well, Mozilla acquired Pocket in February 2017, and Pocket comes by default in Firefox 57. With this popular service you can save interesting pages from the Web and save them in your list when you don’t have time to read them on the spot. You can access your list from a number of devices in order to read it whenever you want.