How to install Microsoft SQL Server on Linux

During the past few years, Microsoft has been investing resources in Linux-related projects. Today you can install Microsoft SQL Server on Linux. All of it began with .NET being open-sourced. Then it was the turn of PowerShell. Microsoft even released a subsystem to run Ubuntu on Windows 10. We could discuss for hours whether these actions are pure open-source spirit or just a big commercial plan. Nevertheless, under Satya Nadella’s leadership Microsoft is changing, and even its attitude toward Linux is changing.

With the umpteenth shocking announcement, Microsoft made SQL Server available for Linux. Now, remember it is still a preview and only runs on Ubuntu and RHEL at the moment. The only requirement exposed by Microsoft is memory: at least 3.25GB no more than 256GB (untested). The current supported versions (and the ones used in this guide) are:

You will need root access to perform these commands.

You will need root access to perform these commands.

If you are using UFW:

The newly installed DBMS is now available on the machine and it is controlled by systemD:

You can start it by:

You can stop it by:

To see its status use:

You can enable its start at boot:

And you can disable its start at boot:

Now you should have a functioning installation of Microsoft SQL Server, it is time to access to it. You have two options: To connect to the server using SQL Server Management Studio, just type the address of the server and select SQL Server Authentication. After that enter username and password (you can use SA and the password you set up using sqlserv-setup).

Here you can see two screenshots of SSMS (version 16.5 and 17.0 RC1) connecting to Ubuntu and CentOS machines. I initially tested both using SSMS 16.5, but version 17.0 is required for the correct operating system to show up. (Thanks to David Shiflet and Travis Wright.) 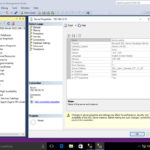 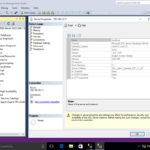 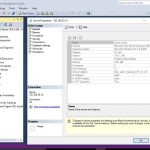 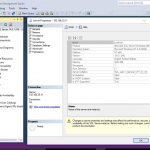 You now know how to install and perform basic operations with Microsoft SQL Server for Linux. Please keep in mind that this is still a preview and it might not work as you expect (e.g. CentOS shows Windows NT).